Eurogamer Expo 2017 has been and gone for me (I only went on the Thursday and Friday this year). A lot of games, a lot of gamers and a lot of queues, but a huge success for me this year with a lot to see and love. Although there was a tremendous amount of empty space on the showfloor, this really did help on the busier Friday with getting around. But, more importantly, how were the games? A quick note, I’ll only be covering non-Nintendo games in this article, if you wanted to see my thoughts on Nintendo’s showing, it’s on Nintendo Scene.

First on the agenda for the day, and one of the highlights of the whole expo for me was Super Lucky’s Tale for X-Box One. I am genuinely gutted that this is currently exclusive to the Microsoft console as this scratches the character platformer itch that I had hoped Yooka-Laylee would (and didn’t) scratch. The level I got to play on the demo was bright, colourful and full of cute characters and very beautiful locations and hidden set-pieces. The controls were tight and responsive and the additional moves that Lucky can do really made the game fun to play, and I enjoyed burrowing, jumping, spinning and climbing all over that level. Please let this be a timed exclusive. 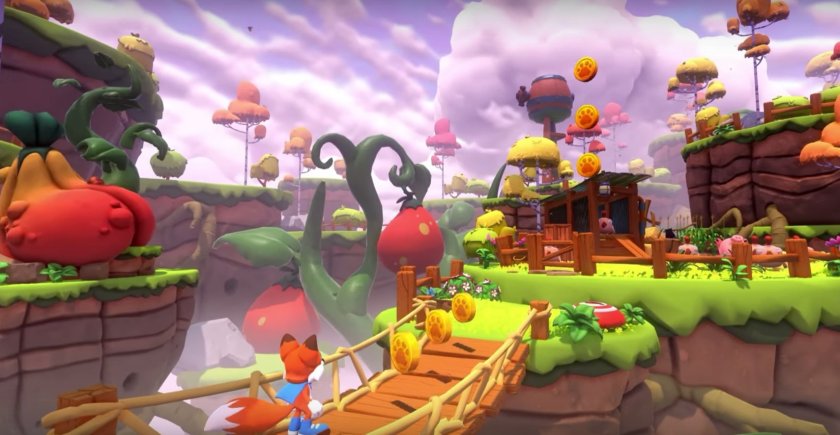 Next, and while still staying on the X-Box section, was the team-based pirate adventure Sea of Thieves. I wasn’t overly fussed with the game it was revealed at E3, so it was my friend who convinced me to play it, and I actually had more fun on the game than him. After being teamed with another pair of randoms, things kicked off in a tavern with me getting blind drunk to the extent I missed the boat as my teammates sailed away without me, which then led to me swimming after it sombrely playing an accordion. Needless to say, we didn’t make much, if any, progress and blundered from one thing to another. This being said, I had so much fun playing it and could imagine that playing with a group of friends would be really entertaining.

Last of the “big” games for me, and I’ve saved the best until last; Dragonball Fighterz. This was quite easily my favourite game of the whole show. I was hyped for the game anyway, because combining Dragonball characters with the Guilty Gear Xrd engine is a match made in my wildest dreams. But that is honestly nothing compared to how the game actually plays, which is close to flawless. Both easy to pick up, and very hard to master, the autocombo system eases it up for new players but all of the intricate technical elements are tricky to get the hang of. From a visual standpoint all of the characters feel fantastic to play and all of the animations are simply gorgeous. This game is most definitely one to watch, and was one that my friend and I simply kept returning to time and again. 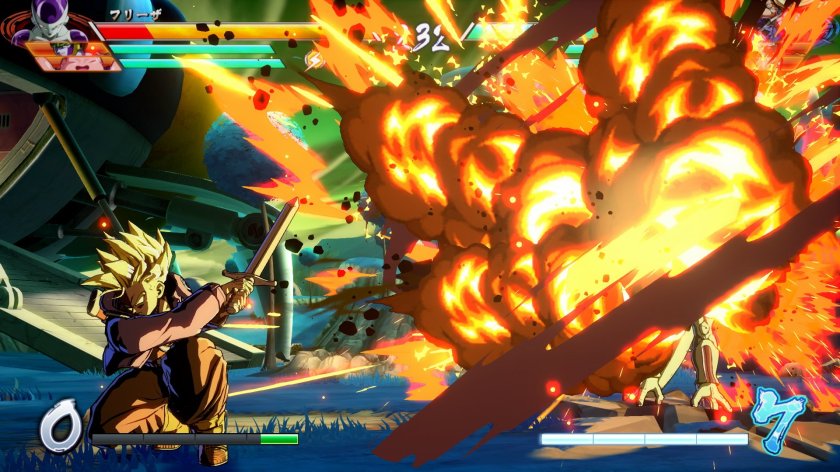 Finally, to talk about the other games we played while we were messing around in EGX. Firstly, Cuphead, which I will talk about more in the Friday highlights (as we had more time with it then), but is a wonderful homage to old vintage cartoons and makes me more than a little jealous of X-Box owners. We also played a couple of games of Dissidia: Final Fantasy NT and lost spectacularly. Despite being on the beta test for the game, I still can’t quite follow what’s going on at any point but the game is technically and visually very impressive. Ni No Kuni 2 is a little hard to judge, having not played the original. It looks incredible visually, but from a gameplay standpoint I don’t think the game is well suited to playing in short bursts at an event like this. The last game I played on the Thursday was Sonic Forces and I have to give Sonic Team that this one doesn’t appear to be at all awful; in fact, I really enjoyed playing it. This is especially true for the Avatar Stage of the demo, which had everything from cheesy music to fun, bouncy gameplay. Sonic Forces has now got my attention, for better or worse.

So, that was my Thursday. After an exhausting day, we returned to the hotel and pretty much destroyed a large portion of Metroid: Samus Returns (review up in the next week). All-in-all though a fantastic day, a host of great games and some great experiences too. My personal highlight though, was both my friend and myself losing our collective minds over a horrific boss in the previously mentioned game. But, game of the day was Dragonball Fighterz, beyond compare. Next, Friday …