This review was originally posted on Nintendo Scene on 2nd February 2016.

We’re one month in to 2016, and what I’m dubbing JRPG Fever has already gripped the Nintendo 3DS. We’ve already had Final Fantasy Explorers (review will be posted soon), and there are plenty more on the horizon like Project X Zone 2 and Bravely Second: End Layer. So, how does the latest dungeon crawler from Atlus fare amongst the big dogs from Square-Enix and Monolith Soft?

Etrian Odyssey 2 Untold (referred to as EO2U from now) is essentially typical JRPG fare in terms of story. Essentially, your player character and childhood friend are sent to a nearby kingdom to protect a princess as she performs an ancient ceremony. Once you throw in a variety of other crazy characters with particular skills and your character possessing some sort of ancient power, you have the plot of EO2U and one full of typical JRPG tropes. Not that this is a detriment, in fact, the presence of a solid, if predictable, narrative of this game sets it already well-ahead of Etrian Mystery Dungeon (reviewed here) in my mind, which was my primary concern coming into the game.

The gameplay then sets EO2U even further apart from its previously reviewed cousin. Firstly, the first person perspective really gives a personal player relationship to the setting and gives the active impression of exploring the ruins and forests. The enemies are fantastically well-paced with a sensor on the screen warning of impending battles and the more powerful enemies located on your map for you to choose whether to engage or avoid. Speaking of which, the map has the fantastic mechanic of being written by the player. The reason I call this fantastic is because of two reasons; firstly, any issues with the map are your fault and secondly, accurate map charting rewards the player with being able to quick jump through dungeon floors making later exploration of the same areas easy and painless.

The battles, which are also played out in a first person perspective, run in a typical JRPG turn-based fashion but with the added challenge that you decide on all of your character’s actions in one go, then activate that battle turn meaning that you have to guess what the enemy actions will be and accommodate for them. So this can be pre-empting a powerful attack by defending, or all-out attacking to attempt to dispatch a powerful foe before it gets to attack. Furthermore, you can equip Grimoires, giving additional skills to your characters. Then, during battles you can occasionally use your Grimoires to gain new ones during either “Grimoire Chance” or “Grimoire Fever” moments that occur randomly and can then be used to gain even more abilities.

Aesthetically, this game pleases me on so many levels. The anime crossed by storybook character, monster and world design is bright and colourful and, what’s more, all fits together beautifully and coherently. The soundtrack, much alike Etrian Mystery Dungeon is lacklustre from a JRPG perspective but is still a very good score in comparison to many modern games, and the voice acting is marvellous. I would like to mention, as a final aesthetic point that the opening cut scene, both musically and in terms of animation, is stunning.

So, should you buy EO2U? Well, if you disliked all the same things that I did with Etrian Mystery Dungeon, this game repairs all of them and even gives a little bit extra on top for your troubles. EO2U is close to the perfect JRPG in terms of mechanics and aesthetic. However, looking at the game as a whole package, if it only had a more impacting soundtrack and a slightly less typical story I could quite happily place this at the top of its genre. This being said, it definitely deserves the attention of any JRPG fan, and those new to the genre would likely find this a fun and simple entry point. Also, if anyone has played and enjoyed the demo currently on eShop, all of your progress in the demo can be handily transferred directly into the main game (which was good for me with over nine hours spent tinkering away on the demo). 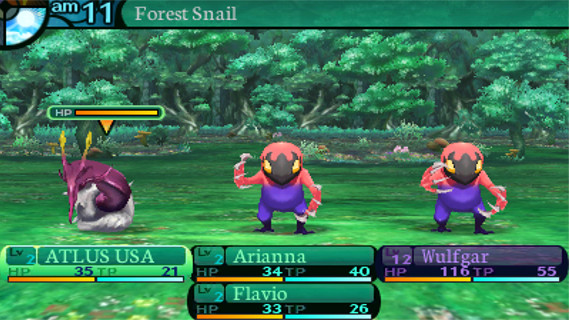 Thank you to NIS America, once again, for graciously giving us a copy of this game to review. Etrian Odyssey 2 Untold: The Fafnir Knight is released for Nintendo 3DS on 12th February 2016.