In case you might have missed it, Bloodborne was released recently as one of this month’s free games as part of the Playstation Plus rewards. Bloodborne is an, at times, incredibly challenging game pitting your skill against often insurmountable looking odds. The gothic Victorian setting, smatterings of Lovecraft and frantic, feral combat set it apart from it’s cousins in the Souls series; but it’s undeniable that it has retained the core of difficulty despite the momentum shift. So, if you are making your first journey into the cursed streets of Yharnam, welcome and I hope that the following five beginners tips help you to “git gud” (I really hate that term).

1. The Finer Points Of Death.

You will die in this game, probably a lot, and most likely at utterly inopportune moments. Deaths operate slightly different in Bloodborne, and it’s cousins, in that your death affects a lot of the world itself. Firstly, upon your death, all of the enemies that you killed (excluding bosses) will be revived and back to their normal chosen activity of trying to harm you. Secondly, you will leave behind all of your currently held echoes (which are both a currency and means of levelling your character) at your point of death and have one chance to pick that up. There is another small problem in that occasionally an enemy will pick up your echoes (turning their eyes glowing white) and you will have to slay them to get them back. I should stress that if you die on your way to your dropped echoes, they’re gone forever, so exercise caution as you attempt to get them back.

Finally, although you return to the last lantern you lit, any shortcuts you activated (covered more in tip 3) and items you collected will remain as such. So, no matter the death you never lose all of your progress through any given area. Death in Bloodborne can feel like a brutal, punishing affair but if you keep your head and learn from your mistakes, you will rarely find yourself in an occasion where your deaths are unfair. Furthermore, there’s a lot you can do to aid in the noble quest of not dying, and hopefully the other points in this list will help you. 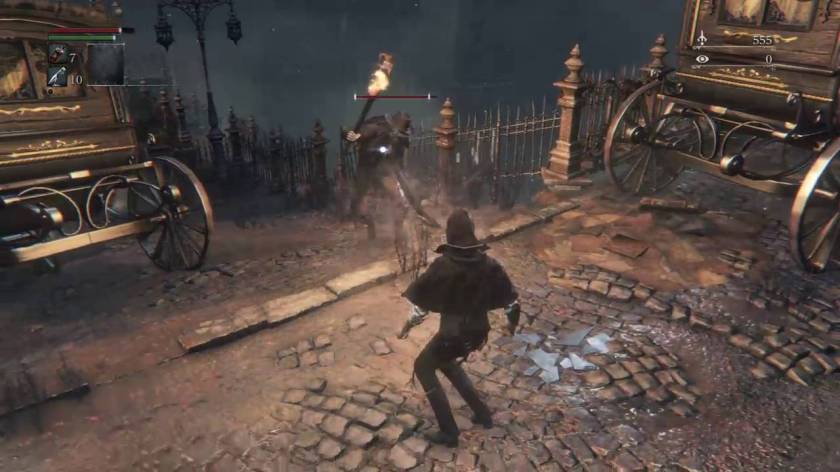 2. What Starting Gear Is Best?

The truth is almost every weapon in Bloodborne is viable to get you through to the end credits, but it’s undeniable that your initial choice of weaponry can severely aid or hinder your progress in the opening stages of your perilous journey. If you’re unfamiliar with the game, every basic weapon counts as two owing to the fact they are trick weapons capable of transforming, giving different movesets and reaches. However, what is the best weapon to start with?

For my money, the Saw Cleaver is the weapon to pick if you want to make things easier for yourself whilst getting started. With a very quick basic attack string, and an incredible reach and attacking arc on its extended setting, it is invaluable against the earlier hordes of Yharnam. Also, the Saw Cleaver has an additional damage boost against beasts, which make up most of the enemies and bosses of the early parts of the game. The bosses will still be challenging, yes, but of the first three that can be engaged, all have a weakness to weapons like the Cleaver. So it’s an incredibly solid choice.

In terms of the firearm, my suggestion is the Hunter Pistol. The Blunderbuss has a wider range and feels incredibly weighty in its shots, but that isn’t what the firearms are designed for in Bloodborne. Given that the firearms are primarily used for drawing aggression from enemies or activating the riposte mechanic (see Viscerals section), instead of for causing damage, a wider range is arguably pointless. The Hunter Pistol will serve you perfectly well through most of the game. 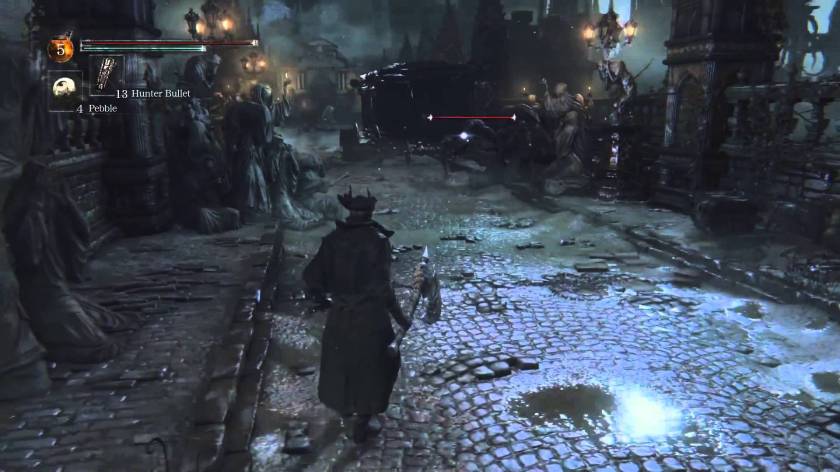 3. Keep An Eye Out For Shortcuts.

Bloodborne, especially in the earlier stages, is absolutely full of shortcuts that are laying in wait to be found by the intrepid explorer. This can be an elevator to take you back to an earlier part of the area, a door that could only be opened from the side you have finally found yourself on, or a switch to raise a gate, but there is almost always going to be one, two or more in each area. As a huge tip for you, if you have reached a fog gate (behind which is usually a boss) or can see what looks like a large, open area (normally the arena for a boss), you will have likely passed a shortcut of some description back to a safer part of the area.

There are occasions in which these shortcuts require a little more exploration to find (as a clue without ruining anything for you, one might be in a forest), but believe me when I say that finding these is absolutely invaluable if you don’t want to have to run through areas full of enemies over and over again, especially if you are trying to reach bosses again after dying to them, as sometimes the route can be more perilous than the encounter at the end. However, and this probably doesn’t need to be said but, be careful whilst looking around for shortcuts (or taking them for that matter) as enemies and traps are everywhere in this game.

A visceral attack is a special attack that requires a standard weapon and a firearm to be equipped and in use (the player not using a two-handed trick weapon), then riposting an enemy. Executing a riposte is done by firing your pistol at an enemy as they are winding up to hit you. If you get the timing correct, you will hear a jarring chime and the enemy will fall to their knees. At this point dash up and tap the light attack button and you’ll perform a visceral attack, causing colossal damage to the enemy.

The other way to execute a visceral attack is, if you manage to sneak up on an enemy, fully charge a heavy attack into them that will ring out the same chime as the riposte, causing the enemy to once again fall to their knees, allowing you to dash up and somewhat aggressively put your fist through them. Almost every enemy in the game can be put into a state in which they can be struck with a Visceral attack, including bosses. It’s just a matter of observing the enemies to find out their attack patterns, then capitalising on knowing how their attacks move.

I cannot express more how important the riposte and visceral attack mechanic is for the player. The timing can be a little tricky to get at first, but definitely use the Central Yharnam area (the first area) to get it nailed down. The reason I say to practice this in the first area is simply because it has a large variety of enemy types with different attacks, and also because having this skill for the latter areas of the game is utterly invaluable. Furthermore, the stakes are far lower in the early game, should you fail. 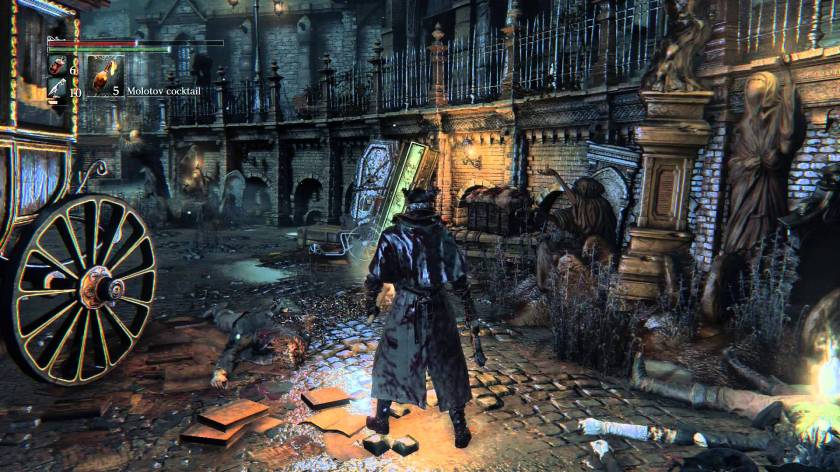 5. The Regain System Is Also Important.

The other unique mechanic to Bloodborne is the regain system, which allows the player to get back life they have lost to enemy hits. This is done by attacking an enemy after being hit, although you only have five seconds to do so before that life is lost. After being hit, the last attack that landed on you will appear on your life bar as orange instead of the normal red, and any attacks you inflict upon the enemy will restore some of the orange life back to red. Different weapons will give different levels of life back in this circumstance, so feel free to experiment to find out the one that benefits you the most.

Needless to say, but be careful in attempts to exploit this mechanic. It can be very rewarding, but the level of risk involved is equally high, and there will be occasions in which accepting the damage is far safer than attempting to dash in to attempt to regain it. Also, as the orange health will correspond to the last attack taken, if you are hit with a large damage attack but as you attempt to regain you are hit with a smaller blow, you will have lost the first set of orange health. So, be especially cautious if trying to regain health whilst fighting one of the bosses, or a group of quicker enemies like dogs or beasts.

So that’s it. I might follow this up with another article of more tips down the line, but these are the five biggest tips I could give to a new player. Good luck Hunters.