This review was originally posted on Rice Digital on June 4th, 2018.

I will happily admit that I’m not massively familiar with the otome genre of games, although now that I’ve discovered them, I have absolutely no idea why I haven’t jumped on this before. 7’scarlet is a visual novel otome game from Idea Factory, originally released in Japan in 2016 for Playstation Vita. Now, the wonderful folks over at Aksys have brought the game to the EU, but how is 7’scarlet to play?

The story of the game follows Ichiko Hanamaki, whose brother disappeared a year prior to the start of the game whilst visiting a small village in the country called Okunezato. Upon discovering that a small online website that investigates the various mysteries of the town, and that this group will be having their first in-person meeting that summer, Ichiko and her childhood friend Hino Kagutsuchi decide to visit to investigate her brother’s disappearance.

With the game being a visual novel, there’s not a great deal in terms of gameplay. There are, however, a fair few player choices that all affect the direction of the story. There are multiple layers to the story, and there will need to be multiple playthroughs to solve the mystery in its entirety. Furthermore, with five different characters to romance, each with their own interests and motivations, there’s actually challenge in ascertaining the right routes to getting close to each of them. 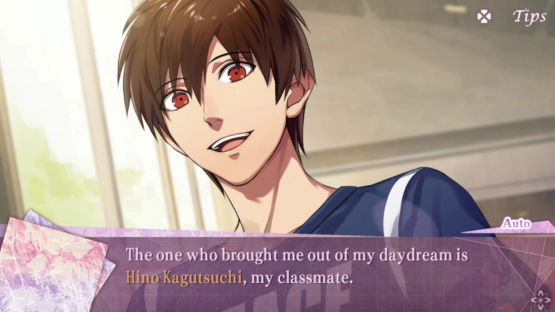 In fact, one small stumbling block I came across which diminished my enjoyment of the game a a little, but one that I understand to be part of the otome genre was the lack of direction in most of the choices given to the player. There is an option in the menus to activate a different chime if you select the ‘best’ answer, but the lack of direction led to multiple “bad” endings as I selected the incorrect answer out of two, remarkably similar, responses. I understand that this is part of the genre, but I did find it slightly irksome to be doing so well down a romanceable path only to have the game jarringly end.

This being said, there is also a “Tips” section on the main menu that you can use to see again all that what you have uncovered so far of the story. Divided into characters and topics, the little paragraphs under each option will give huge clues as to not only the mysteries surrounding the events of the game, but ones to the personalities and secrets of the romanceable characters in the game giving the player the edge in some of the more difficult choices in the game. 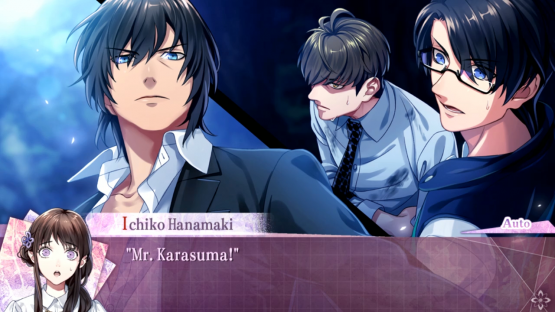 Finally for the main menu, there is the “Memories” section, which is an album of sorts containing the various animated sequences that can be seen during the game, as well as the full array of beautiful story-specific art the player sees throughout the narrative. Both of these unlock as they are viewed in the game and, as these are only up on the screen for short periods, it is great to have a set area to view them all again, and also to see them without the text and character profiles overlaid.

Speaking of which, the artwork throughout is utterly stunning. All of the various backgrounds are beautifully rendered in an almost watercolour art style, with the clearer and sharper character portraits overlaid. All of the characters are expressive and unique, usually with touches to their design that really make them stand out against the others. Albeit they are written somewhat as archetypal characters at points, but even this works to the advantage of each character’s individuality. 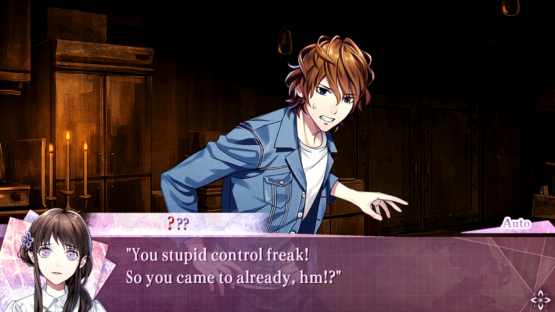 Also on this, the voice acting throughout it incredible, with each voice actor working to fully flesh out characters that were already relatively multi-faceted. The sound design throughout in fact is stellar with some beautifully composed music adding to the atmosphere and general ‘feel’ of the game. The only small complaint I have from an aesthetic perspective would be the lack of tracks overall; the music in the game is of such a high quality, I just wanted more of it to enjoy.

So, should you play 7’scarlet? The only thing I can think of is whether you enjoy visual novels or not, if you don’t this game may bore you as a player for its lack of gameplay depth. If you do, then 7’scarlet is an engaging and well-written mystery visual novel with actually thought out romance elements.The sound and visual design are both of incredible quality, the story is a joy to slowly unravel, and the characters are multi-layered and charming. A few personal gripes aside, 7’scarlet is most definitely worth every moment spent playing it.

Thank you to Aksys Games for kindly supplying the game code for this review!