It has been a while in coming but it is almost here, Nintendo’s latest miniaturised nostalgia machine is upon us. I’ve been privileged enough to spend time playing around with the new Nintendo Classic SNES Mini the last few weeks, testing out all of it’s 21 pre-loaded games and exploring all of the features of the little console. The release of the console has been plagued by controversies surrounding the stock being lacking, much alike the NES Mini before it. But, after an extensive play time, is the SNES Mini worth it (after my overwhelmingly positive initial impressions?

The first thing that’s impossible to notice is that the box the console comes in is adorably compact, barely weighing anything and being beautifully bright in design. It isn’t a patch on the Japanese design of the box, but it brings back great memories of the bright console boxes of old. Once you take the palm-sized console out of the box, the authenticity is incredible. The SNES Mini perfectly replicates it’s counterpart, complete with working Power switch and Reset button. In fact, the only tangible deviations from the original are the HDMI port in the back, and the fact that the control ports are hidden behind a flap designed to look like the original control ports. The console itself looks fantastic and brings back so many memories. 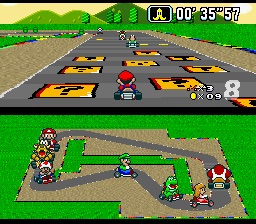 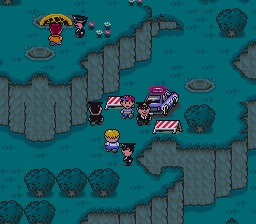 This, however, is nothing compared to the personal nostalgia factor that the control pads bring about. I’m not entirely sure, as my original SNES is currently in storage, but these pads feel identical to the old pads in every way except the method they connect to the console. The beautifully rounded edges, satisfyingly click of the shoulder buttons and softness of the face buttons, the undeniably distinctive colour palette, it’s all here. Essentially, this is the return of one of the greatest game pads in gaming history, and the fact that two of them are bundled with the SNES Mini means 2-player directly out of the box (evidently a lesson Nintendo have learnt from their last attempt at this).

Upon starting up the console, the player is greeted by a simple user interface, lining all the available games in a row to cycle through, as well as console based options too. In terms of options, and for additional authenticity to your gameplay, you actually have the option to set the screen to replicate the effect of a CRT monitor, as well as choosing a variety of frames to place around the gameplay at all times. The selection of these frames isn’t extensive by any means, but at least gives the option for a little more colour on the screen while you play (I elected to leave the frame empty). As well as this are the options for altering the sound levels and, rather erroneously, a weblink to go to for the console and game manuals I cannot think why Nintendo didn’t just put the various manuals in the console, but this isn’t enough to tarnish the console overall. This being said, I did go to the address listed during review and found it took me to a Japanese site with what appeared to be no manuals on it, so it’s lucky I understand how to play these games.

Speaking of the games, the SNES Mini truly has some (if not most) of the great games of the SNES era packed into its tiny little body. Not only are these games a fantastically diverse mixture of genres, but they also represent pretty much a cross section of the entire SNES era with early titles right up to games from the twilight years of the console. So, you can play games from Super Ghouls and Ghosts (1991) all the way up to Kirby Super Star (1996) with all of their quirks completely intact. So every game still has every enemy, every level and every deeply frustrating moment completely intact. Furthermore, there is now a Suspend Point system incorporated into every game so that the progress made in games that lack a save system in-game can now be continued on from on subsequent play sessions. It can’t be forgotten that this console is the first time that the previously unreleased StarFox 2 has been playable by players (review to follow on 29th September).

Aesthetically, this console is a dream come true, as all of the soundtracks that made up the childhoods of many long-time Nintendo fans are pretty much all here. The sound design on almost all of these games was phenomenal and it’s fantastic to have so much fantastic game music in one compact place. Also, although some of the games have aged poorly visually, it’s undeniable that certain games such as Super Metroid and Super Mario World 2: Yoshi’s Island hold up incredibly well, even by modern standards. Even the titles that have arguably aged not as well can inspire an incredibly powerful nostalgia that can essentially overpower this and still allow for fantastic game experiences. Also, the ability to add CRT filters, as mentioned earlier, to the visuals only heightens that exact sense of nostalgia. 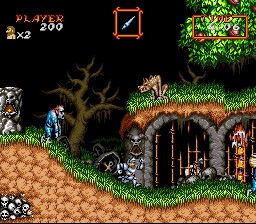 So, should you buy a Nintendo Classic SNES Mini? If you can get one then it’s an undeniable yes. For an older gamer, this is a stellar 21 game collection (that has really only a few notable omissions) that is sure to challenge and entertain you all over again. For younger gamers, this is the perfect opportunity to see where a lot of not only franchises came from, but were a lot of Nintendo’s still fantastic game design philosophies were perfected. A fantastic trip down a memory lane and I’m very inclined to not stop doing. Definitely worth getting for any Nintendo gamer.

Thank you to Nintendo UK for kindly supplying this unit for us to review.
The Nintendo Classic SNES Mini is released on 29th September 2017.